Empire Fence of Arizona Chooses Us to Expand Online Presence 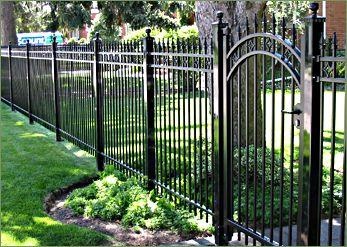 Empire Fence is a leading Arizonan fence contractor specializing  in commercial fencing and residential fences for the Southwest United States. They are a one stop shop for all types of large fencing projects.  Our products and services for industries such as schools, prisons, commercial development, professional ball fields, hotels and general manufacturing.

For over three decades Empire fence company has helped customers with solutions such as:

In 2017, Empire Fence of Arizona hired our agency to improve their visibility and prominence in online search to reach more companies. After extensive keyword research and a new website build, 10 keywords were selected and the website was redesigned and rewritten in order to create more leads.  A PPC campaign was revamped as well as improved analytics was added to both boost quick leads but also so we could measure the effectiveness of all our proactive marketing efforts to determine the best R.O.I  for the CEO/Owner of the company. Lastly, 4 new sites were created on WordPress.com, Blogger, Weebly, and Tumblr to increase their visibility.

Since April, our digital marketing agency has expanded Empire Fence’s online presence greatly!  Our  off-page optimization from extensive link building, blogging and social media effort  has increased their visibility throughout Phoenix and is creating new leads daily and more commercial requests for proposals.